Like almost every kid out there, my children love building with LEGO! Over the years, our building habits have evolved from simply putting together the sets from the instructions, to creating whatever pops in to our heads, but the constant is that LEGO keeps us busy and creative for hours at a time.

With my son taking part in the Coding Club at his school, something I am constantly jealous of, I was excited to hear about LEGO’s newest product, LEGO Boost! Boost is a 5-in-1 model that introduces building and coding in one super-charged LEGO set, letting children add sound, movement and personality to their LEGO creations, bringing to life anything they can imagine! The LEGO BOOST Toolkit recently arrived on our doorstep and the kids were very excited to start their #BUILDwithBOOST adventure!

You can choose to build any of the 5 models, including Frankie the Cat, Guitar4000 and the M.T.R.4. We choose to start with Vernie the Robot as he seemed like a ton of fun! The kids and I had different ideas about how to start our new project, with them wanting to dump all 11 bags out at once, while I wanted a more level-headed and dadly approach. Needless to say, dad won that round!

After that, we downloaded the free LEGO Boost app and got started on building Vernie! Before we continue, please note that a tablet running iOS 10.3 and newer/Android 5.0 or above is required to build and play with LEGO® Boost™, so make sure your device is compatible by visiting LEGO.com/DeviceCheck before purchasing.

The app was amazing and very easy for the kids to follow along with. Full disclosure here, with 832 pieces, dad helped a little with the building as the kids were so excited to start giving commands to their creation. Plus, I am a giant child, so the opportunity to build with LEGO is still an exciting prospect for me…

Once Vernie the Robot was complete, the real full began! First things first, the kids absolutely fought over who would get to test him out first, which was ultimately decided by a rousing game of rock, paper, scissors. I was amazed watching as my kids used the LEGO Boost app to learn how to code on the spot and they had Vernie doing all sorts of tricks within a matter of minutes.

For the last week now, the first thing the kids want to do when they wake up and then get home from school is to play with their new robot friend. I’m usually careful about how much screen time they are getting but I can’t complain about it when they are teaching themselves how to code while also having a blast with their LEGO. Next up for us will be checking out the incredible BOOST BOTS series on YouTube, where we’ll be able to see what is possible with LEGO BOOST for those of us who like to put away the instruction manuals! 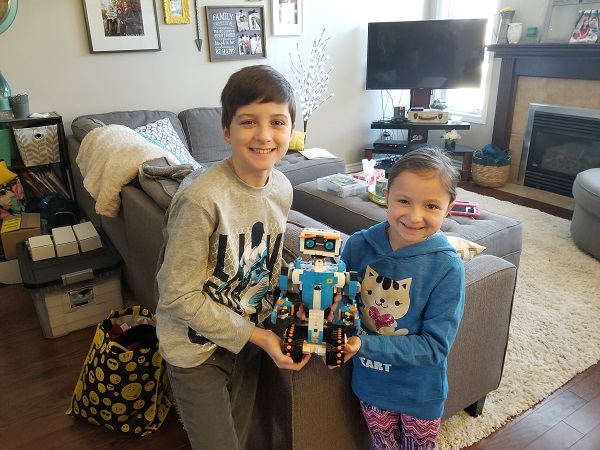 I honestly can’t say enough good things about LEGO Boost and if your kids are into LEGO, or coding, this would make the perfect gift for them! And because I believe in this product so much, I want to put a LEGO Boost in your home this holiday season! Feel free to fill out as many Rafflecopter entries below as you’d like and I’ll be giving away a LEGO Boost kit to one lucky reader!! Giveaway is open to residents of Canada, excluding Quebec.

Disclosure: We received a LEGO Boost kit to facilitate this post, however it really is one of the best toys we’ve ever played with! 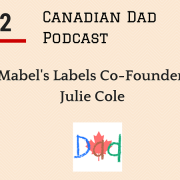 Not Your Ordinary, Everyday Bunnies

Lego + Star Wars = A Great Giveaway From Tag Along Toys

The Greatest Love of All

I'm Crafty and I Know It; Also, When Glue Guns Attack

Win LEGO From 'The LEGO Movie' Courtesy Of Tag Along Toys!

The Time Santa Tried To Pull A Fast One

How Will You Enjoy The Outdoors This Season?

Do You Have A Healthy Holiday Action Plan?
Scroll to top