Blog Roll
You are here: Home1 / Blog Roll2 / THE BLOG3 / If It Smells Like Gas, It Probably Is Gas 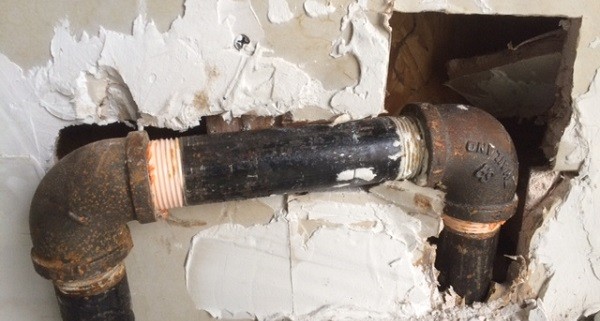 I wish this was a hilarious story about flatulence but unfortunately that is not the case. I took my son to an NHL hockey game the other night and upon returning home at around 10:00 pm I noticed a foul smell in my hallway. I jokingly asked my wife if she had been up all night making egg salad sandwiches when she directed me to the garage door.

The smell inside the garage was strong enough to make my eyes water. At first I thought it might just be a garbage bag with something rotten in it but as we settled into bed at around 11:30 pm we did a quick google search for the rotten egg smell with unsettling results. I probably should have called the gas company right away but I let the idea of a good night’s sleep rattle around in my head for another 45 minutes before I picked up the phone.

The technician arrived just before 1:00 am and it only took him 5 minutes to locate a gas leak in the garage. He shut off the gas as I breathed a sigh of relief and also kicked myself for hesitating to call in the first place. Seriously, I have a family sleeping in the house, what was I waiting for? If “luckily” can even apply in a situation like this, the weather was still warm enough that we didn’t have to call an emergency technician to fix the leak right away, which I’m assuming would have cost an arm and a leg.

As it turns out the problem was that our home builder’s contractor didn’t tighten the pipes properly which resulted in the leak developing over time. I don’t know much about gas lines but I can tell that the technician who fixed the leak was not impressed.

Long story short, sort of, if you think you smell gas, get it checked right away!! Sure it’s annoying to deal with but the alternative is much, much worse.

The Popples Are Coming To Netflix!
Scroll to top