Blog Roll
You are here: Home1 / Blog Roll2 / THE BLOG3 / My Kids Don’t Like The Same Shows That I Did

My son loves hockey. I love hockey. You can imagine my excitement as I logged in to the Kids section on my Netflix account to show him one of the greatest movies of all time in The Mighty Ducks. I had pumped this up for weeks and we had finally set aside an afternoon to watch one, maybe two, of the Mighty Ducks movies! I watched him for his reaction to the opening scenes and he seemed into it. Fast forward to ten minutes later however, and I’d completely lost him. “When are the hockey parts, dad?”, he asked. Long story short, we fast forwarded to all the hockey parts and I cried myself to sleep.

The same has happened when it comes to the TV shows I used to love as a child. A recent Netflix study showed that 76% of Dads “feel like a kid again” when watching retro TV shows or movies with their kids. While I would love to be included in that 76%, it seems that I am part of the 38% of Dads who say they let their kids pick what they watch together. We’ve traded Spider-Man for Beyblade and Scooby Doo for LEGO Friends but I’m okay with that because it’s more about the fact that we are watching and laughing together than the content of the show. Besides, we still have 8 seasons of Full House to watch together! 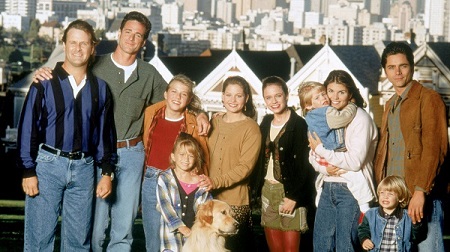 I actually found the Netflix study interesting because it broke down the results by country. Here are the extended findings for dads in Canada.

My kids are only 5 and 7 so I feel like I still have time to share my favourite retro cartoons with them. The more likely scenario, however, is that my life will forever be filled with episodes of Pokemon, My Little Pony and How To Train Your Dragon, which is more than alright by me!

Finally, I’ll leave you with a funny list of what the dads in the study thought about themselves, broken down by country. Take a look and let me know which country you think best describes your attitude towards watching TV with your kids.

* Dads in the U.S. are most likely to let the kids stay up late
* Brazilian dads take pride in making the best snacks
* British dads let the fun of watching together extend even after the show is over
* Canadian dads give themselves the most credit for liking the same shows as their kids
* French dads think they choose the coolest shows
* German dads rank themselves among the top snugglers and silliest viewing partners
* Mexican dads say they let their kids be king of the remote

Disclosure: I am a part of the Netflix #StreamTeam and as such I receive special perks from Netflix. My son still did not enjoy Mighty Ducks and I did in fact cry myself to sleep about it… 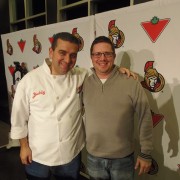 Lego + Star Wars = A Great Giveaway From Tag Along Toys

I Admit It! I Don't Know How To Do Taxes

Catch The Harlem Globetrotters at Scotiabank Place on April 11th

Leave a Reply to Place Under The Pine Cancel reply