Blog Roll
You are here: Home1 / Blog Roll2 / THE BLOG3 / How Tim Hortons Gave One Classroom The Gift Of Creativity

The list of traits I want to pass on to my children is extremely long. Near the top of that list, however, is that I want my kids to be able to express themselves creatively. That said, I was excited to find out that my son’s kindergarten class had decided to re-arrange their play area, and was even more excited to find out that they had voted to turn it into a Tim Hortons drive-thru station. If you have been reading this blog for any length of time, you will know about my love for everything Tim Hortons.

In essence, what this did was combine two of my favourite things, in creativity and Tim Hortons coffee! I decided to reach out to my local Tim’s restaurant to see if there was anything they could do to help out and I was pleasantly surprised with not only how quickly they said yes, but also with the amount of stuff they contributed to the kids’ new play station. There were hats, toques, balloons, Tim cards, cups, carry trays and even name tags that read “Owner”, which my kids loved.

The kids all had a blast with their new Tim Hortons drive-thru and one of the parents even told me that it was her son’s favourite part of the whole year so far because of all the cool stuff in there. With that, I would like to extend a huge thank you to the management and staff at the Tim Hortons on Carling Avenue for making these kids’ lives a little more exciting and a lot more creative! 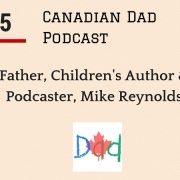 And This Is Why We Don’t Do Spins Near The Christmas Tree!

Not Your Ordinary, Everyday Bunnies

How To Build Your Very Own Escape Room For Kids!

Who’s The Best? The Company That Made These Coffee Lids, That’s Who!
3 replies

Win 1 of 5 Pairs of Home Opener Ticket Packs To The Ottawa RedBlacks!
Scroll to top