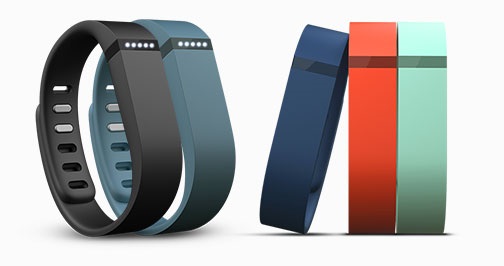 I recently took part in the #RFitChallenge from Rogers and it required me to try out the Fitbit Flex for a period of a couple weeks to see if it would help with my new found love for not being overweight and tired.

Right off the bat I liked the design of the Fitbit Flex because it was a small black wristband that, after wearing it for a couple hours, you forgot you even had on. My goal was to make it to 10,000 steps a day and because the tracker syncs automatically with my smartphone and computer, I would get updates through the day that helped motivate to get moving a little bit more. I especially liked the badges for attaining certain goals because I am a big fan of shiny things and awards.

My favourite feature about the Fitbit Flex was definitely the sleep tracker. With just a couple taps on the tracker, you set the Flex into sleep mode and it tracks how restless you are in your sleep. In my case, I found that I was only having a good sleep about 1 every 5 nights, which obviously isn’t good. I have since been taking steps to try to create a more peaceful bed time by cutting out TV and snacks right before bed. It even has a silent alarm to help wake you up.

I also appreciated that the Flex was water resistant, so I could wear it in the shower. It sounds trivial but if I had to take that thing off every morning, I guarantee I would leave it on the counter half the time. I also loved all of the options on my personal Fitbit web page. From food intake to weight and heart rate monitoring, they have thought of almost everything here. Combined with my weight watchers program, I am going to be unstoppable!

There were a couple things that could use some work with the Flex. I found the clasp tough to latch on and the battery died a little quicker than I would have liked (every 3-4 days). I also noticed that while on the elliptical machine, it was having a hard time tracking steps but overall I loved the Fitbit Flex and definitely recommend it for beginner and advanced fitness buffs.

What? You want one of these? Okay, you got it! To enter to win a Fitbit Flex of your very own, all you have to do is leave a comment here telling me one thing you would like to change about yourself in order to live a healthier lifestyle.

Contest is open to residents of Canada, excluding Quebec, and will close at noon on October 13th. Good Luck!

Congratulations to the winner of the Fitbit Flex, Andrea B!

Disclosure: I received the Fitbit Flex from Rogers to facilitate this review. I wouldn’t be giving one away to you guys if I thought it was no good, so it has my official stamp of approval!