Blog Roll
You are here: Home1 / Blog Roll2 / THE BLOG3 / How Being a Good Loser is Easier Said Than Done
Share....

Have you ever played the game, Trouble? I’m the blue guys in the above photo. My 4 year old son is yellow. If you are familiar with this game you will know that I am getting destroyed in the match pictured. I couldn’t roll a 6 to save my life and he was swimming in 6’s and letting me know about it with an NFL style happy dance as they popped up.

WRONG! As much as Daddy loves to play games with the kids, there is still that competitive fire that creeps in every now and then. That voice that calls out, “C’mon man! You used to be an elite athlete and now this kid is running all over you. Do something!” I’m not exactly sure what I was supposed to do in this instance, aside from yelling, “Look! Mickey Mouse!” while opening the dice container and placing it on a 6, but it was definitely a frustrating round.

Before this story gets out of control, I should point out that at no point did I let my son in on the fact that my head was exploding with the desire to pick up the game and throw it out in the snow, where I could then pretend that our snowman wanted to play with it. I’m not a monster, after all. The snowman, on the other hand…

I grew up as a competitive person and it has been the thing that has driven me for years. In sports, at work and even with blogging, my competitive nature is what pushes me to want to be better at everything I do and it’s not something I regret having. Now that I have kids, however, I need to work at finding the balance between competitiveness and fun. I wish it was something I could just turn off but it doesn’t seem to be working out that way. We played Mario Bros just last night and even though we were playing as teammates, my son’s need to get all the mushrooms, paired with his ability to stand directly in front of the television so I can’t see my guy, brought back memories of when I used to just smash my controller on the ground and then find something else to do until my parents bought me a new one.

Ironically enough, typing this post has given me a lot of perspective on the issue because, well, look how ridiculous it sounds while you read it back. It’s relatively easy to teach kids to be respectful and gracious when they lose at something but it’s not always easy to teach ourselves new ways of doing things. I’m working on it though and I’m definitely enjoying myself more and more as I suppress the need to win against my toddlers… It’s a good thing they can’t read our minds, that’s for sure.

Do you ever get the urge to flip the Monopoly board or turn off a game of MarioKart in mid stream? Please share your thoughts in the comments so I can feel better about myself. 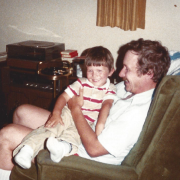 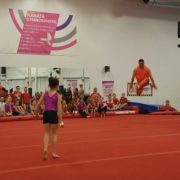 How About Another Dose Of #AwesomeDads

I Am Not Super Dad; Not Even Close

A Date With My Daughter

The Thin Line Between Love and Hate

Someday That’ll Be Me
Scroll to top