Yeah, You heard me.

Recently I took the appropriate steps to accelerate my son’s development from Boy to Man by taking him hunting for bears and lions deep in the woods of the South March Highlands of North Kanata.

My son will be 4 years old next week and I felt it was time for him to ditch the toddler act and learn how to be a man. Sure he can ** put on his own velcro shoes, do up his seatbelt and even recite the alphabet but it’s time he learned how to provide for his future family.

Obviously, the first step in any successful hunt is to make sure that your weapons of choice are ready for battle. In my experience, for hunting bears and lions, my weapon of choice will always be the sword.

We sharpened our blades, hugged our wives and mommies and headed off for battle! Spirits were high that we would come home with plenty of bear skin for warmth and meat to feed our starving family.

We weren’t sure what to expect upon entering the Highlands but we came across many obstacles on our journey. First was obtaining passage through the Land of the Gnomes. The only entrance is by passing through the Great Tree of Gnomia.

The gnomes demanded a sacrifice so I was forced to give them the last of our rations of TimBits.

The gnomes granted us access but refused to let us photograph them. Trust me, they were real!

We were well into our adventure and had yet to see any bears or lions. I began to worry that my boy would not be entering manhood on this journey and if we could not provide food, who knew how much longer we could survive.

At that moment, we heard a rustling in the bushes and drew our swords! It was the Rock Warriors of the Upper Highlands and they were not happy about our intrusion! I was knocked from my feet, leaving only my son to defend us.

Upon regaining consciousness, I found that my boy had slayed the Rock Soldiers and was proudly displaying his new trophy for me.

He had finally become a man and I couldn’t have been more proud in that moment. I even found myself losing focus at times and luckily had him to remind me where we were.

Unfortunately the journey wasn’t over, as we quickly came face to face with the most deadly creature in all of the highlands!

The Papilionoidea of North Kanata:

Ancient legend states that if the Papilionoidea even senses danger, it can turn you to stone with a single whisper.

I have never been so scared in my life but this was no time to show weakness in front of my boy.

I crept up behind the demon butterfly and in one fell swoop, cut it down with my mighty blade. Then we rushed out of the forest and back to the safety of our home.

While it’s true that we didn’t bring home food for our family, the important thing to note here is that my little boy became a man on this day!

Furthermore, upon hearing of our triumphant battles in the Highlands, the townspeople revolted and declared a new King!

I hope you enjoyed our adventure. I know there are many more to come, so I hope you stick around to enjoy them with us!

**Thanks to Justin at Let’s Make a(nother) Deal! for pointing out my knack for making things up, lol. My 3 year old can kill Rock Warriors but he does not in fact tie his own shoes. Busted!! 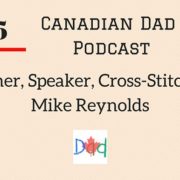 And The Winner Of The HP Loves Dads Giveaway Is…

Happy Father’s Day To All The Proud Papa’s Out There!!
38 replies