Blog Roll
You are here: Home / Blog Roll / THE BLOG / More Than Just A Potato

I will freely admit that, prior to this year, on the list of things I am fascinated by, potatoes would have had a fairly low ranking. That has all changed, however, after spending the majority of the past year with McCain Canada, learning the ins and outs of their business. Not only am I now up to my ears in potato knowledge, I have gained a tremendous amount of respect for the farming community and everything they do to ensure my food goes from farm to fork in the safest and healthiest way possible.

My final adventure with McCain Canada for the year took place a couple weeks ago as we visited the beautiful town of Florenceville-Bristol, New Brunswick, which is not only the home of McCain Canada Headquarters but is also known as the French Fry Capital of the World! The purpose of our trip was to tour the McCain plant and also to visit a local McCain grower to see how the potatoes were harvested.

Before we visited the McCain plant, we made a quick stop for lunch at the Potato World Café and Museum, where I had the greatest sandwich I have ever eaten in my life. I don’t really need to say more than Apple, Bacon, Caramel, Grilled Cheese sandwich, do I? It sounded strange to me at first but that sandwich, paired with the crispiest sweet potato fries I’ve ever had, were an amazing start to the trip.

Our tour guide, Tammy, knew more about potatoes than I know about anything and I loved seeing all the awesome artifacts in the museum. My favourite fact from the museum tour is that the potato was discovered by Spanish explorers in the 1500’s and became a common food at sea for their sailors when it was discovered that potatoes prevented scurvy. Of course we now know that potatoes are a huge source of potassium and fiber, and I’m thankful they have fended off the scurvy all these years later!

Our next stop was the McCain plant and while we were not permitted to take any photos inside the plant, I can assure you that I looked amazing in my hair and beard nets, along with my hardhat, goggles and jumpsuit. All jokes aside, I was very impressed with how serious McCain is about keeping a clean environment, free of contaminations, and thoroughly enjoyed my visit.

Having a chance to watch the potatoes go from the truck to the conveyor belt and then following them through the washing, peeling, cutting, cooking, freezing and bagging process was really interesting. I was definitely impressed with how little amount of the potatoes get wasted as they have incredible procedures in place to get every bit of goodness out of each potato. There were so many other amazing parts to the tour, however the batter waterfall and steam peeler were definitely two of my favourites.

The following morning we headed off to visit the farm of Eugene Antworth to watch the harvesting process in action. Side note, my son’s favourite toy as a child was a small harvester tractor and I was unprepared for the delight I would have in finally seeing one in person. The little things. We had the chance to talk to Eugene about the challenges of potato farming, one of them being the fact that it was late September and the weather was pushing 40 degrees at 10 in the morning, which meant they would have to shut down the tractors before lunch time to avoid spoiling the potatoes.

I noted a hint of pride as Eugene introduced his son, Ethan, who works on the farm and would be driving the harvester for the first time in his young career. Eugene’s other son is currently in school and will join the family business upon completion of his studies. It was a story similar to that of Stan Wiebe’s, who I had the chance to meet during our planting trip in Manitoba during the spring. In talking to Ethan later on I could tell that he was happy to be a part of the family business, as opposed to feeling pressure to follow in his dad’s footsteps.

It was overwhelming to hear Eugene and Ethan talk about everything that goes into growing a well-nurtured crop. Even with the advancements in technology in the industry, growers like the Antworth’s have spent countless hours developing a value-based program in order to maximize the potential of their investment and use modern cultivating practices, follow crop scouting reports and modify their weekly schedules so they can provide the maximum benefit to the crop. The Antworth’s and their crew were absolutely amazing and the views from their farm were second to none.

My takeaway from this year-long partnership was far different than I had expected from the outset. I came away from these experiences with a new appreciation for the food I have the privilege of enjoying and for the growers who help put it on my plate. I was unaware of the role technology played in the farming process and I believe it was Eugene Antworth who told me that the advances of technology in the agriculture field are greater than that of any other field. It was fascinating to watch as tractors guided themselves across fields and drones were used to check on the status of the crops.

Learning about the McCain products by touring the actual factory and seeing the step by step quality assurances in place was extremely reassuring. Also, knowing that McCain frozen grocery potato products are trans-fat-free and many are low in saturated fat and sodium is equally as reassuring as my kids love their potato products.

The biggest takeaway for me, however, is that no matter where we went, the common theme was family. From the Antworth and Wiebe farms to Potato World and from Grama’s restaurant to the McCain factory, it always felt like we were part of a big family. Everyone treated us with the utmost kindness and seemed genuinely happy to have us visiting their place of business. Having been around and still growing after 60 years, it would seem that having a strong, caring family is the true secret to McCain’s success.

Disclosure: I was compensated for my participation in the McCain Farm to Fork campaign, however I wish everyone could take the tours we had the chance to take as they would be guaranteed McCain fans for life. 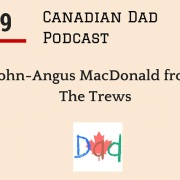 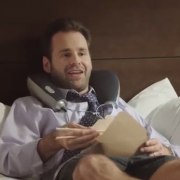 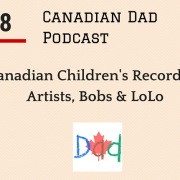 Do You Celebrate Healthy Workplace Month? Here’s Why You Should!

Preparing Your Property For The Harsh Canadian Winter
Scroll to top