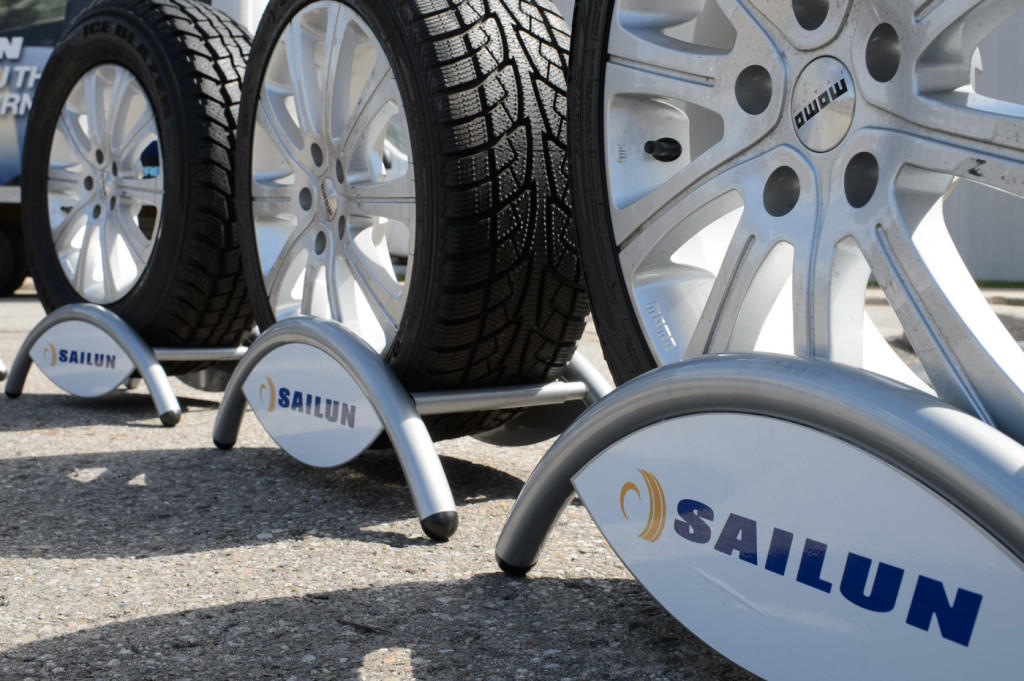 I recently had the opportunity to participate as a PTPA Ambassador for Sailun Tires. Part of that program was the chance to test out the tires at an event on a closed track at the Powerade Centre in Brampton. Not being a tire expert, I was skeptical about whether or not I would be able to tell the difference between the Sailun’s and the competing tires, but I surprised even myself.

The day started with a presentation from the Sailun team, where they explained that their goal is to provide a product for families that combines Safety and Performance for an amazing Value to them. As someone who is very interested in keeping his family safe, especially on the road, I was impressed to hear the lengths Sailun Tires were going to, to ensure that safety.

Next we were off to the closed course, with our race car drivers, Travis and Matt. There were two cars with Sailun Tires and two with competitor tires and we weren’t told which was which before we took our test drives. After each round, we would fill out a survey about how we felt the tires handled. In my opinion, there was a massive difference in the two different tire sets, and as I found out at the end, I chose the Sailun tires as the better of the two after each of my 4 runs. After finding this out, I was impressed at how well the Sailun’s handled the course, while making very little noise on the hard turns around the pylons.

In the end, after my experience on the closed course and judging by my test results, I would definitely trust Sailun Tires with my family’s safety. And if my endorsement isn’t enough, we managed to flag down an ice cream truck as the event was coming to a close and you can imagine my surprise to see that the truck was sporting, what else, but Sailun Tires. There you have it, Canadian Dad and Ice Cream Trucks both trust Sailun Tires.

Just a couple more items to get to. I’ll get to the amazing giveaway, but first, I decided to shoot a video of race car driver, Matt Pritiko, as he took a couple of us on a very fast test drive of the closed course. I am the one giggling like Beavis and Butthead for the entire ride. Not. Scared.

On to the good stuff! One lucky reader is going to win a Grand Prize of a set of Sailun Tires. There are also 3 runner up prizes of a $100 gift card to Petro Canada. You can enter using the Rafflecopter form below. Please read rules and regs prior to entering.

Disclosure: I received compensation for my participation in the Trust Sailun Ambassador program.

Safely Jumping Our Way Into Summer With Springfree Trampoline Canada!

Have You Had The Talk With Your Family?

What Do Dads Really Want For Father’s Day?
18 replies

Share and Inspire With #GoodNewsMonday – 2nd Edition My Big Music Fest Experience; Or, Celebrities Rubbing My Belly
Scroll to top