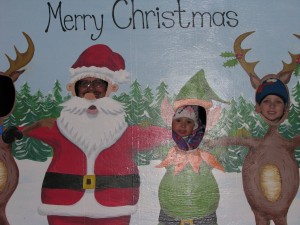 I got slightly annoyed this week, after seeing two separate posts featuring photo slideshows with the tagline of DadFail. I won’t link to them but I assure you, they are out there and the pictures were a complete misrepresentation of what I’m guessing in 98% of the Dad population.

I thought it would be a fun idea to counter that post with some pictures of the Dads I associate with, doing the things that real Dads do with their children. I’m sure it won’t get even 1% of the hits those other posts got but it’s a start. We’re certainly not perfect but we are definitely not failures. I put a call out for photos and received so many that this could become a weekly feature.

This is another Canadian Dad blogger, James from EduDad and also from the Dads Round Table. You can catch him on Twitter at @SaskaDad. He’s a good dude and a great Dad! 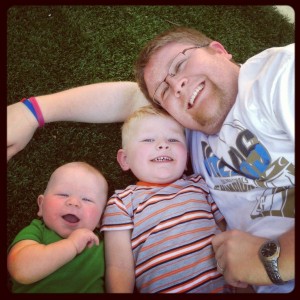 Meet Trent Hamilton, who blogs over at Green Eggs & Hamiltons and also at Life of Dad. Don’t be afraid to hit him up on twitter at @mrThamilton. He is a perfect example of the changing face of fatherhood today. 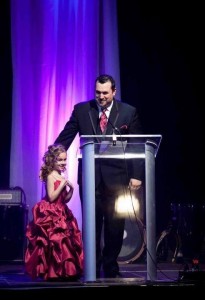 This is Spencer Warren and his daughter at last year’s Ottawa Children’s Gala, which he also organizes. It’s an excellent event, for kids too, which raises money for the Children’s Hospital of Eastern Ontario’s ‘Plan It Safe’ Program. He is a really good person and has committed a lot of his time to helping kids in my community. You can follow him at @CharityForCHEO on Twitter. 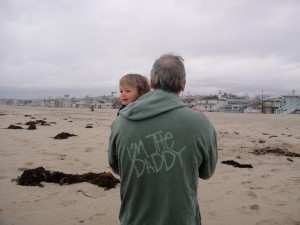 This is Daddy Nickell from the website Daddy Scrubs. It’s actually a very cool website and I encourage you to check it out. You can also catch up with him on the Daddy Scrubs Facebook page. 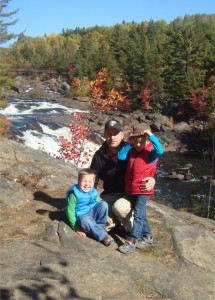 How about a Dad who doesn’t blog? They are the majority after all! Here is a cool shot of Darryl hanging with his kids out in the wilderness. I’m willing to excuse the Penguins hat here because of the amazing setting and the giant smiles! 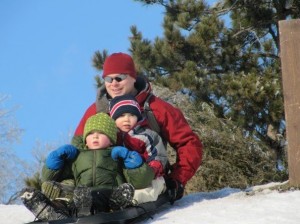 Last but certainly not least, we have Mark Buell from my hometown of Ottawa. Hard to believe we are back to tobogganing season already! You can find Mark writing things at, A Semitone Higher and on Twitter @MeBuell.

That’s all for this week’s Untitled Dad Awesomeness Feature! I hope enjoyed it as much as I did putting it all together. I’m hoping to keep it going but I’ll need your help. You can do so by sending me your cool, Dad pictures, of you and your kids spending quality time together. You can send them to me on Twitter at @CanadianDadBlog, via my Facebook Page, or email them to me at [email protected] Have a great week!

As another month of blogging on Canadian Dad sails by, I have decided to unleash yet another feature that I hope will catch on and stick around. I have been so fortunate to have met so many great bloggers, who are all so willing to help out with anything, that I thought it would be fun to give a little back by featuring some of them on a weekly basis.

Seeing as how the Mom to Dad blog ratio is so lopsided, I thought it would be cool to highlight a few of the great Dad blogs out there so you could get to know some of us a little better. We’re really not that bad, I promise!

What better way to kick it off, than to feature a Canadian on Canada Day! I’d like to introduce you to James from the blog EduDad!

I first met James on Twitter, as I do with most of my blogging friends, where he goes by the handle @SaskaDad. He gets his Twitter name because he grew up in Nipawin, a little town in Northeastern Saskatchewan.

I guess the best way to cover all the ways James is the man, is to use his Twitter bio, where he describes himself as a Dad. Husband. Teacher. Minivan. Some hair. Some gut. Strong coffee. Guitars. Songwriter. Blogger.

One thing that really sticks out about James’ blog is the fact that he is a very talented musician. You can check out his About Me page for more info about his music career, but I’m talking about a cool feature he does, where he writes Theme Songs for other Dad Blogs that he likes. He’s done about 7 of them so far, including this one about the guys over at How To Be A Dad

Awesome right!? My favorite part about that one is his kid playing in the background.

James is a really cool Dad and is someone I consider to be a down to earth person. He has some tragedy in his life and isn’t afraid to write about it in a very open manner. He’s a super nice guy, a great writer and an amazing Dad. Oh yeah, and he’s Canadian!

I hope you’ll give his blog a read and I’ve even picked out a post for you to start at! He recently wrote a very touching piece about his daughter, who they were told would never have normal vision. The post is entitled “She Makes the Ordinary Extraordinary” and it’s well worth the read!

James, you’re an amazing Canadian, Dad, Musician and Teacher and even though we may never meet, I’m happy to know you and appreciate what you’re all about!