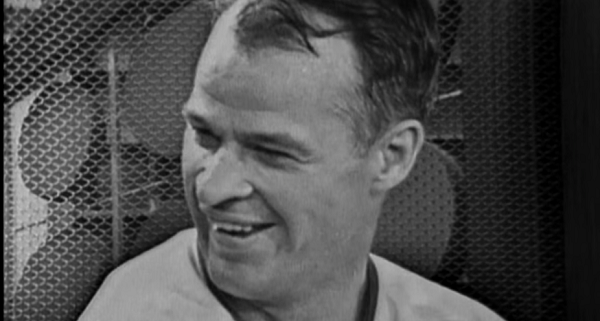 They called him Mr. Hockey and for good reason. The only professional hockey player to play the sport in six different decades and one of the greatest ambassadors you could ever ask for, Gordie Howe was and still is hockey. As news of his passing spread across the hockey world today, I was reminded of a particularly fortunate experience I was able to share with him.

In the early 90’s my father signed me up for the Stars Hockey Camp in Guelph. It was 2 weeks away from home where I would stay in a dormitory with complete strangers and while I was completely terrified about it, I also really wanted to go. Luckily for me, my father signed up for the adult hockey camp and was around for the entire 2nd week, which was a very welcome sight.

One of the main draws of this particular Stars Hockey Camp was that we had the chance to learn the game from some current and past NHLers. My group had players like John Tonelli, Chris Chelios and of course, Gordie Howe. This wasn’t just them coming out for 5 minutes, signing autographs and leaving, either. They were very serious about this and stuck around the whole time to teach us as much as they could.

After one of our sessions I was able to stick around to watch my dad’s group take to the ice with Gordie Howe. While Mr. Howe was trying to talk to the guys at center ice, one of the goalies had skated a few strides out of his crease and began to heckle Gordie, going on about how he’d never put a puck pass him. Calmly, Gordie took a step back from the group and nonchalantly flipped a puck from center ice over the goalie’s head and into the net. The group on the ice cheered wildly as the goalie hung his head in shame and returned to his coach. Gordie added a “You happy now?” before returning to his group and it something I will never forget.

Had that been the end of my camp experience I would have gone home a very happy kid, but there was still one more surprise waiting for me. While eating lunch in the cafeteria with my dad the next day, a man approached our table and asked if he could join us. I can really begin describe the looks on our faces as we looked up to see Gordie Howe standing there but I’m guessing he had a small chuckle inside to see it. Just imagine one of your idols asking if they can sit and eat with YOU instead on the other way around and then capture that face.

My dad and I were the envy of the entire camp that day as we sat and ate lunch with Mr. Hockey. The thing that struck me as most amazing about Gordie Howe was that he could have stayed in the back and had lunch with the other stars but he chose to come out and have lunch with the campers. At lunch that day he answered all of our questions, told us stories, asked about our lives and signed autographs for anyone who approached him at our table, and he never once made us feel like he didn’t want to be there.

I count myself lucky to have had this experience and am not sure I truly appreciated it until years later when I learned more about how truly great Gordie Howe was, not only as a hockey player but also as a human being. He will be greatly missed but never forgotten.