Last week I told you all about the Scotiabank SCENE debit rewards card and this week I am going to demonstrate the value it brings by taking you through our latest family trip to the movies. I’ll be calculating how many SCENE points we earned in just one night, which includes dinner at a restaurant, the actual movie tickets and some snacks.

For the benefit of this exercise we chose to go see Disney’s Inside Out for a second time because we all thought it was amazing. Our evening began with a trip to our favourite restaurant, Boston Pizza, where the kids love the handouts because they are more than just a simple sheet of paper with some crayons. Seriously, at one point last year they were giving out these amazing Velcro mini pizzas and the kids played with them for months! When all was said and done, and because I like to have an adult beverage when we go out, our meal came to approximately $70. At 1 point for every $5 purchased with the SCENE debit card, we earned 14 SCENE points.

Next up it was movie time! I’d say it was hard to get excited to see a movie for a 2nd time but Inside Out was so good that I was actually excited to go again. I’m not entirely sure my kids grasped the full concept of the movie but they love the angry guy and that’s good enough for me! Now, let’s talk tickets! The total cost of the tickets was $46 for the four of us and because we get 1 point for every $1 spent at a Cineplex theatre, we got 46 SCENE points. I am a firm believer that you can’t watch a movie without popcorn and also that you can’t eat popcorn without a drink, so we spent another $40 on snacks which gave us another 40 SCENE points!

This is just a small example of what you can expect from the SCENE debit card. Once you add groceries, gas and morning coffee to the mix, you are going to have so many free movies and popcorn waiting for you that the movie theatre staff are going to think you work there! You’re using your card anyway, right? Why not get something out of it?

PS – I’d also like to say a huge congratulations to Mark Hoffberg, who was the winner of the Cineplex movie passes from the previous post!

Disclosure: I was compensated for my participation in this campaign. That said, I am actually a giant nerd who needs to see every single superhero movie coming out in the next 5 years, so I kind of need these points…

Wisdom Imparted To Me By My 3 Year Old Son 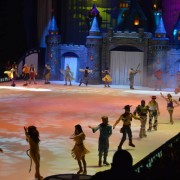 Win Passes To The Ottawa Screening Of Disney Pixar's Inside Out!

Are We There Yet??
Scroll to top