Blog Roll
You are here: Home1 / Blog Roll2 / THE BLOG3 / Screaming Fans, An Historic Result & What Not To Do In Montreal

We recently took a whirlwind 24 hour trip to Montreal to see the World Gymnastics Championships and I had no idea so much could happen in that short an amount of time. Allow me to explain.

As mentioned, a large portion of the gymnasts at our daughter’s gym decided to make the 2-hour trip to Montreal for the weekend to watch the World Gymnastics Championships. While we were excited to see all the gymnasts perform and to cheer on our Canadian team, the girls were most excited to see Canadian Olympian Ellie Black perform and she did not disappoint!

With the girls decked out in their ‘Team Ellie’ shirts, they watched as Ellie Black became the first Canadian gymnast ever to win a medal in the all-around competition at the World Championships! I’ll save my rant for why this didn’t get more mainstream sports media coverage for another time…

Watching the girls, each decked out with their own waving Canadian flag, cheer for their favourite gymnasts was my favourite part of the event as you could see the love of the sport in their eyes throughout the entire competition. I actually found myself getting a bit jealous as I’m not sure I’ve ever been as passionate for anything, outside of poutine, than these girls are about gymnastics. Side note: having been to see the Montreal Canadiens live in Montreal, I have to say that the crowd noise for Ellie and Brooklyn Moors would have given the Habs a run for their money!

We actually arrived in Montreal extra early on Friday so we could check in to our amazing hotel, the Residence Inn Montreal Downtown, and then head over to the Montreal Biodome! Tickets to the Biodome were kindly provided to us by the incredible people at Montreal Tourism, and while we had visited once before with the kids, they were too young to remember, making this a special visit.

I can’t say enough about how great the Montreal Biodome is and it was so much cooler than I remembered it from our previous visit. I’m sure that has nothing to do with the fact that we were lugging a stroller and a toddler with us at the time… My daughter was fascinated with the penguins and my son, who is close to that age where nothing is cool anymore, actually admitted that it was pretty cool and then spent a ton of my money on minerals in the gift shop. For me, the highlight was definitely getting to see 2 parrots having a very loud disagreement about whose branch belonged to whom.

Now, I did mention in the title of this post something you should NOT do while you are in Montreal and that thing occurred as we left Olympic Stadium after the gymnastics competition. I went to check the time and directions to the nearest metro station when I realized that I no longer had my phone on me. It turns out that I dropped it sometime in the final minutes before we left and it was nowhere to be found. To say I handled this situation well would be grossly incorrect but my entire life is on that device, which is kind of sad, and I was worried about whose hands it could end up in.

We rushed back to the hotel, plugged in my wife’s phone to charge it to 1% and then I called my phone to see if it would be answered. “Olympic Stadium Security”, the man answered as my stress disappeared in an instant. The good news, bad news of this situation was that stadium security had my phone, but it was back at the stadium and 11pm at night. Luckily for me, and being from the archaic Ottawa system, I cannot stress this enough, the metro system in Montreal is incredible! A $6 return trip and I was back in the hotel with my phone in less than an hour. I’m serious, it would have been a minimum 40 drive each way with traffic and parking to contend with. The metro system was my one of my favourite things about our trip.

When we woke up the next morning, we hit the “make your own waffles” machine at the Residence Inn restaurant, always a hit with the kids, and then we walked to my favourite place in Montreal, the Bell Centre, to visit the Montreal Canadiens landmarks and store! I promised my son we’d get out to his first Canadiens game this year and I intend on keeping that promise! 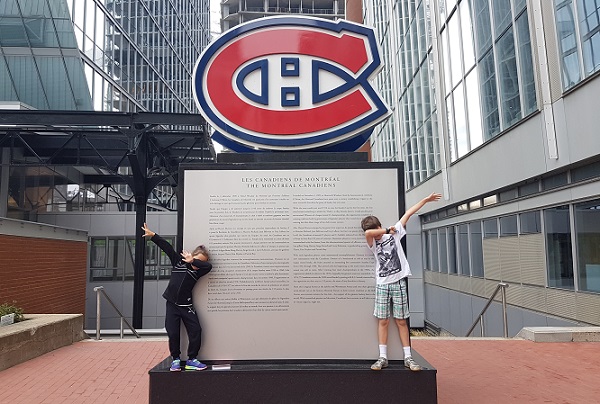 Being Thanksgiving weekend and with a full sports slate, we had to rush out of Montreal before lunch but it was an amazing trip with plenty of ups and one self-inflicted down that we will never forget! Thank you to Montreal Tourism for the hospitality and to the organizing committee of the Gymnastics World Championships for the amazing event!!

How Much Is Too Much When It Comes To Kids Activities? 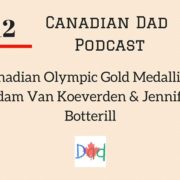 When A Hotel Turns Into A Gymnasium

Toughness Comes In All Sizes
0 replies

The Benefits of Kindness & How Planet Fitness Is Paying It Forward

Do You Celebrate Healthy Workplace Month? Here’s Why You Should!
Scroll to top