Tag Archive for: make a wish

Last week I had the good fortune to have been invited to the Disney Social Media Moms Celebration in Orlando, Florida. Like most attendees, I brought my entire family to the conference, which took place for 3 days at Coronado Springs Resort in Walt Disney World and then 3 days at sea aboard the Disney Dream cruise ship.

Now, before I continue, let’s address the topic of the conference title. You may not know this but I am not a mom and neither were the other 7 dads in attendance. Do I wish the conference were called Family or Parent Celebration? Sure, that’d be swell. That said, I recognize a couple things here. First, there are 190 or so moms in attendance and 8 dads, although I know more dads were invited. This is essentially the mom to dad ratio in blogging, so I get it. Second, they did an amazing job at saying both moms and dads while on stage all week, and I was never made to feel out of place, so I’m over it.

The reason for this story is that I went into the conference stressed about how I was going to balance attending sessions with spending quality time with my family. On top of that, I had seen how excited people were about attending and I was feeling guilty because I didn’t understand why everyone was so hyped up. I mean, we’ve been to Walt Disney World before and it has always been fun, if not hectic, but this was a next level excitement that I hadn’t felt since Joe Carter hit the homerun to win the Blue Jays the World Series in 1993! 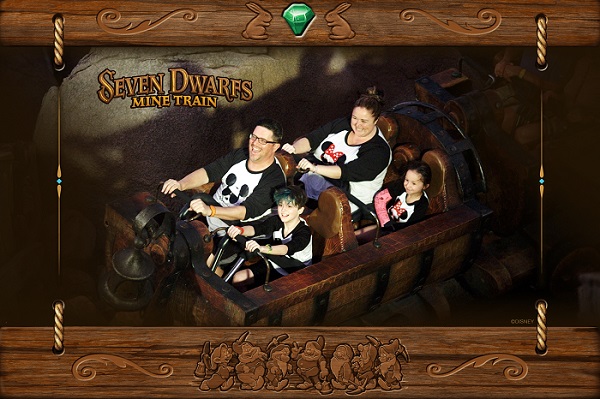 Next Level Excitement On The Seven Dwarfs Mine Train Ride

It wasn’t until the tail end of the opening conference session that I started to understand it. Disney Parks & Resorts Director of Corporate Citizenship, John Breckow, took to the stage and talked to us about Disney’s charitable efforts, with specific emphasis on the Make-A Wish Foundation. He spoke so sincerely about their efforts that you could tell this wasn’t just a Disney executive trying to sell you on why they are great. He really cared about helping kids and I joked with him afterward that no one had ever made me cry that many times in such a short period of time but the stories were so powerful that you couldn’t help but well up. The larger message of his presentation was that Disney tries to say, “Yes”, as much as humanly possible and this was proven to us multiple times throughout our trip.

Letting Go And Being Part Of The Show At Animal Kingdom!

After John’s presentation, I felt like I was in a trance for the rest of the week. You might know me as a happy-go-lucky dad on the blog but the truth is that I can be a grump at times and things that might normally have bothered me on this trip were quickly brushed aside as I was able to focus only on the good that was happening around me. Essentially what happened was that I was able to revert back to seeing Disney through a child’s eyes, while also enjoying watching my own children’s excitement as their father, if that makes any sense? I felt just as excited to see characters like Mickey, Minnie, Sully and Chewbacca as my kids were and it felt great to allow myself to feel that type of childish joy.

Hanging With Mickey & Minnie at #DisneySMMC

I’m not going to get into every minor detail of our trip in this post but wanted to leave with this message. Visiting Walt Disney World is a once in a lifetime trip for a lot of families and you will get a lot more enjoyment out of your stay if you allow yourself to see the parks through a child’s eyes. Buy the memory maker package and jump in to the character pictures with your kids. Ride “It’s A Small World” 20 times, sing along each time and make sure to do the actions on the restaurant signs while you are in line for it. Be a parent who is also a child at heart and your experience will be a magical one! 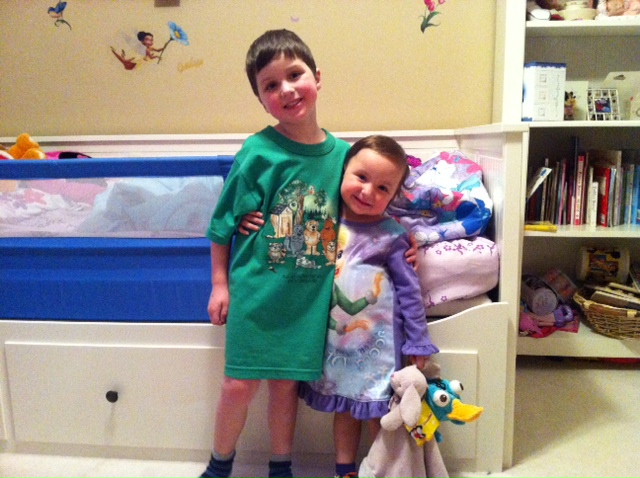 I have never really expected a lot from my kids. They are only 4 and 2, respectively, and they still have a lifetime of things to learn. As it turns out, I have been sorely underestimating the emotional capacity of their young minds. My son taught me this lesson on a recent trip to the local mall.

It was as ordinary a day as they come. We made a stop at the mall to pick up some things we probably didn’t need and at some point my son and I broke off to go do some guy stuff. The mall had set up an awesome (and free) Easter egg hunt in one of the empty stores. As an aside, this mall has always struggled to fill all the stores, so the Easter egg hunt was greatly appreciated.

Once the final egg was found, my son calmly counted his loot as we moved on to his favourite spot in the mall. The wishing fountain. After all, this is the place where you can make all your wildest dreams come true and all for the low, low price of a quarter and a wish. I prepped him for the big throw by giving him some examples of wishes that ran the gamut from “more sunny days” to “new toys” but he wasn’t having any of that nonsense. No, my tiny little man looked up at me and then decided to drop this bit of awesomeness before launching his coin:

“I wish that I love my sister forever”

I know, right? I just about melted through the floor when he said it. The real kicker was that I could see by the look in his eyes, that he truly meant it. There was no reason for him to play up to the crowd because, well, there was no crowd. I slowly knelt down, gave him a huge hug and told him how proud I was of him. I hope that he could see by the look in my eyes, how much I truly meant that.

I’m a little confused as to how I am supposed to write this piece. I don’t realistically believe in a lot of superstitions. Luck, karma, Murphy’s Law, etc… I find it’s just easier to set goals and then to work hard to obtain them. Not getting that big promotion doesn’t send me into a ranting tirade about how I’ve been screwed! I simply dust myself off and look at what I can do better for the next time. I’ve brushed off a lot of dust.

Recently, however, there has been a recurring anomaly that has left me pondering my belief system. We all know the modern superstition, that when you look at a clock that shows the times, “1:11 or 11:11”, that you are supposed to make a wish. It seems like more of a fun exercise to me, where you make a wish that never comes true and then you move on until it happens again in a year or so.

The problem here is that it has been happening to me with such frequency, that I am having a hard time deciphering what it all means! Looking it up on Google doesn’t help either, because there are so many possible explanations that I would no doubt choose the one I like the most and put it towards that. I could go back to the wish thing but there are so many rules about wishing, that I would be afraid to jinx it. Do you have to keep wishing for the same thing? If I wish for money or a promotion over the health and safety of my family, does that make me a jerk? And what about World Peace!!! I can’t take all this pressure!

There has to be some kind of explanation for all of this. I’m talking once a day for the last 20 or so days, this has happened. It can’t be merely a coincidence! So I’m putting it out there to you, the good readers of this blog, to tell me what is going on here? Please fill me in on what I am supposed to do with all this madness.

Also, if you have secretly been waiting for my birthday (PS-It’s in 6 days) to surprise me with a bag of cash or some cool new job offer, where I get to play on Twitter and write stories all day, please just end the suspense and do it now! I can’t go on thinking that something big is going to happen because of these ridiculous 1’s that keep popping up on any clock I happen to be standing close to.

On the other hand, I guess I could just stop looking at my iPhone…Hahahaha, not likely!