{Mailing It In – Slang for doing the least amount of work possible or slacking off.}

We’re all parents, right? Let’s not sugar coat this then. I get tired by the time the kid’s bedtime rolls around some nights. Truthfully, I’m tired pretty much every night as the kids get ready for bed but tonight was a little different.

I didn’t have a good sleep last night because my daughter woke up at 11pm with nightmares and spent the night in bed with Mommy and Daddy. I know some of you don’t agree with letting your kids sleep with you but I’m not overly concerned with that.

Tonight, my wife went out to an ECE class and I was in charge of bedtime. This is not an unusual occurrence and I am more than capable of handling my children on my own. It was just one of those nights where I had absolutely nothing to give to anyone.

We played a rousing game of “Jump on Daddy while he lies on the floor”, then we played “Let’s see who notices we’re watching Doc McStuffins reruns”. We closed out the night with story time, which is usually immediately followed by a Canadian Idol style rendition of “Twinkle, Twinkle, Little Star”.

The only problem with that was that story time took up the little bit of energy I had left. Between that and the countless times I had to ask my son to get back into bed, I was completely drained. I’m not proud of what happened next but I’m only human and I know it’s happened to the best of us.

We got to the Twinkle, Twinkle portion of the evening and instead of the usual Michael Buble-esque performance they are used to, the kids got something that best resembled a performance by Oscar the Grouch, if he had tape over his mouth, and had forgotten the words, and yawned 30 times in the middle….Yeah, just bad.

Funny thing about my mailing in of our nightly tradition though, the kids didn’t seem to notice. If they did they certainly weren’t about to throw tomatoes or eggs at their Dad. This helped prove two things for me:

1. I AM in fact a rock star because I can turn the crappiest mood into solid gold!

2. Your kids will love you even if you aren’t 100% all the time. Plus, they know Daddy will knock it out of the park tomorrow to make up for it!

Are Rules Really Meant To Be Broken?

Some Of The Best Moments Go Uncaptured 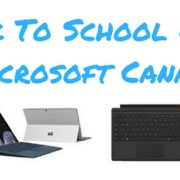 Back-To-School Isn’t Just For The Kids!

I Can’t Wait For @Disneyland To Open #CarsLand This June!

Celebrate Father’s Day With A Giveaway From Crown Royal