Blog Roll
You are here: Home1 / Blog Roll2 / THE BLOG3 / An Acceptable Moment To Swear In Front Of Your Mother…Sort Of 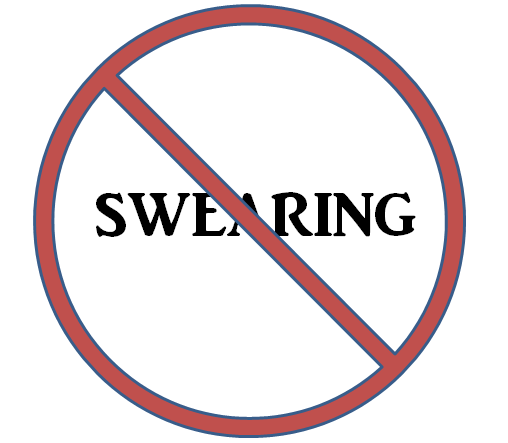 My Momma raised me right. We were taught as children that swearing is wrong, especially in front of family. That said, I’m going to explain to you how, on a rare night out with my Mom, I managed to say to someone, “Sit the f*ck down and shut up!”

Due to someone else’s misfortune, I was fortunate enough to score a ticket to the Eagles concert at the Canadian Tire Centre here in Ottawa. My Mom had offered us both tickets but I thought it would be fun to spend some time together, so off we went. I’m going to stop the story early to let you know how incredible the concert was. Joe Walsh was the rock god he always has been and the harmonies that these guys put together are beyond rival. It was one of the best concerts I’ve ever been to and I’m grateful for the opportunity.

Now, onto the incident…

We were enjoying the first song of the night, when the two women sitting behind us took their seats. That’s when the high pitched, sounds like a cat dying, screams started. It was annoying, for sure, but it was a concert and their $175.00 tickets entitled them to some screaming, whether my mother agreed or not.

Then things got really fun.

The Mother/Daughter duo decided to stand up to dance, which is also acceptable by concert standards. That is, until the mother’s hand came crashing down on the top of my head. You know that smartie thing on the top of baseball caps? Yeah, that. Still, I kept my cool, counting the strikes in my head, secretly knowing there would be a third.

And then it happened!

After her third, double fisted trip from the beer trolley, Happy-Go Drunkie decided to dance with her beer in hand and spilled it all over me. I’m not talking a little droplet here either. I’m a man, and my experience at the Highland Games, dictates that I can handle a few drops of beer in my face from time to time. This was about a quarter bottle of light beer (not even the good stuff) dumped down my back. Having had enough, I immediately stood up and confronted her, to which she slurred, “That’s impossible, my Mom doesn’t even drink!” Stunned by her drunkeness, I told her to take it easy (get it, the Eagles), to which she replied that she paid good money and she would do what she wants.

This brings us full circle to me telling her to “Sit the f*ck down and shut up!”, among a couple other things, which prompted my Mother to reply, “Good for you, Honey”. They didn’t make a peep the rest of the show and I even got a “thanks” from a seatmate. And that, my friends, is one of the few acceptable moments to swear in front of your Mother.

Do you have a funny story of swearing in front of your parents? Share it in the comments below!

How I’m Helping My Children Learn To Read

The World I Know

An Argument Against Bribing Your Children
Scroll to top