Blog Roll
You are here: Home1 / Blog Roll2 / THE BLOG3 / What I Watch On Netflix After The Kids Go To Bed

What started as a fun thing to check out when we had free time has now turned into an all out family obsession. I am, of course, talking about Netflix. Honestly, if it weren’t for sports, I don’t know that I would even have cable anymore because there is so much content for our whole family on Netflix that we are never without something to watch. As they have graciously asked me to be a part of their Stream Team, I thought I would use this month’s post to focus on the shows my wife and I watch after the kids have long gone to sleep. And I mean fast asleep because you don’t want them walking in during some of these shows… 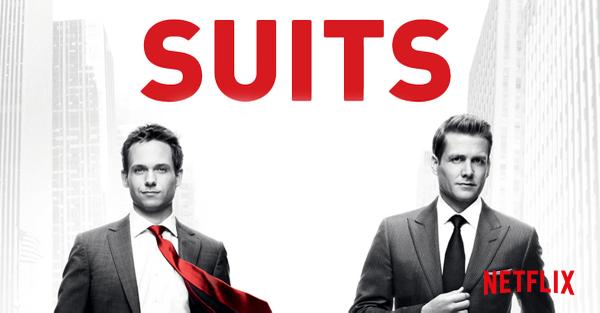 Suits is your classic smart ass drama/comedy. It follows main characters and lawyers Harvey and Mike as they get into all kinds of trouble. The characters mesh perfectly, especially the dynamic between Harvey and Mike and there were very few episodes where I felt like the shtick was getting tired. Season 5 had been excellent so far and I hope the show lasts a long time as it is one of my all time favourites! 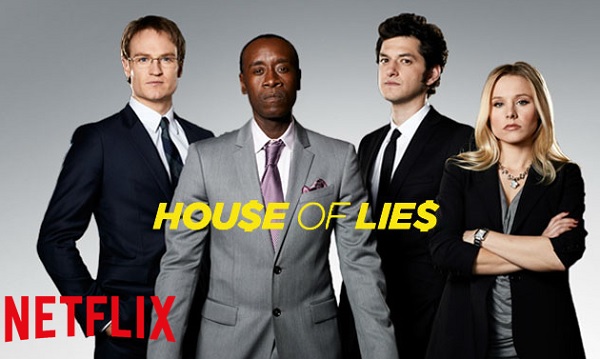 I just started this one last week on a recommendation from a friend and I was hooked immediately. This show is kind of like Suits, which explains why I loved it, except it is waaaaaay raunchier and foul mouthed. It follows a team of executives, led by Don Cheadle, and has a lot of smart comedy in it. There is also a lot of sex. A LOT. Definitely do not watch this with the kids anywhere nearby but definitely give it a test run because it is pretty funny.

What can I say? I’m a sucker for the superhero crazy that is going on right now. In my opinion, Daredevil is the best of all the superhero shows out there right now, and I’ve seen them all! The action seems so real and graphic, and the story is so dark that you can’t help but get sucked into it. Add in the fact that Vincent D’Onofrio is absolutely haunting as Daredevil’s main adversary and you’ll see why I’ve already watched the entire series twice.

I put this one off until after it had been over for a year. After the glowing reviews from all my friends I don’t know why I never watched it, to be honest, but I’m glad I finally did. I don’t know what more to say about it than to say that everyone was right. This is a must watch show no matter what kind of television you are into. I will also add that Better Call Saul, the spin-off show, was equally as brilliant.

I have to admit that I loved the original Wet Hot American Summer movie even though a lot of people I know thought it was ridiculous (not in a good way). Watching this series brought back a ton of great memories of the original movie and didn’t disappoint. I still can’t believe the entire original cast agreed to come back for this series. If you loved the movie, you will love this series.

Bloodline was a nice change of pace from the shows I normally watch and quickly became one of my favourites on Netflix. It is slow moving but the characters are so amazingly well written and acted that I got hooked immediately. I can’t wait to see what season 2 has in store of the Rayburn family.

This show just launched on Netflix yesterday but I have been waiting impatiently for weeks. I have only seen the first two episodes but that was enough for me to know that I will be staying up late to get it done over the next couple nights. This show is based on the rise and fall of Colombian kingpin Pablo Escobar and the Drug Enforcement Agency agents hunting him.

Man, I hadn’t realized how much television I have been watching lately… Netflix has this feature that gives you like 15 seconds after one episode ends before the next one begins to decide if you want to watch more. I have such a hard time deciding what to do that I usually just keep watching until the TV breaks down. Life is hard.

Now it’s your turn! What do you watch on Netflix after the kids go to bed?!

Disclosure: I am a member of the Netflix Stream Team but that is only because I was already an addict of the system and begged them to take me on board…

The Popples Are Coming To Netflix!

My Kids Don't Like The Same Shows That I Did

Netflix Is Filled With Lies

5 Reasons Why Netflix Is Crushing It Right Now {Plus a Giveaway!}
2 replies

Am I Making The Most Of My Time As A Father?