Last week we were fortunate enough to bring our daughter and a friend to the latest Investors Group Stars on Ice show here in Ottawa and, as expected, it did not disappoint!

For me as a father, this was a bittersweet event. You see, when we had originally booked these tickets our daughter was right in the middle of her figure skating season and seemed to be loving it. Her coach had just recommended that we move her into a more advanced level of skating, because of course with this kid, and we were weighing our options to try to keep up with all the kids’ activities.

Three sessions later and we were now sending an email to her skating coach to let her know that our future Elizabeth Manley would be stepping away from figure skating to focus on gymnastics. The sudden shift away from her love for skating took us by surprise but was obvious from watching her in those final sessions. We’re not sure whether she simply had too much on her plate or if she really wasn’t enjoying it anymore but I was sad because I really loved watching her skate.

All that said, I was worried that she wouldn’t enjoy the Stars on Ice show as much now that she wasn’t skating anymore, but I’m happy to admit that I couldn’t have been more wrong. I’m pretty sure that my daughter was more excited to see Kurt Browning, or Brownie as she still calls him, more than my wife was and my wife REALLY likes Kurt Browning… More than that, my daughter was excited to see Kurt do his famous backflip.

As the show went on and the skaters dazzled us with their best moves and amazing routines, she kept asking, “When is he going to do the backflip?”, to which we had no response except for her to keep watching. As Kurt’s final performance ended, she was close to tears as she pointed out that the backflip hadn’t happened. Just then, the skaters came back out on to the ice to wave goodbye, Kurt started his wind up and, BAM, nailed the backflip!

My daughter leapt from her seat in the same way I had when Joe Carter hit the World Series winning homerun. As my wife, who’s excitement matched that of my daughter’s, cheered the backflip, I noticed a little water in her eyes. When I asked her about it later she mentioned that seeing our daughter so happy got her feeling a little emotional. You can’t really go wrong with a mom like that, and you also can’t go wrong by taking your littles to see this amazing show.

For more information on upcoming shows and tickets you can check out the Stars on Ice website. Oh, and Kurt, if you ever want to talk fatherhood, I’d be happy to conduct that interview (insert winky face here). I promise not to let my wife hijack the call…

About Investors Group Stars On Ice

Founded in 1986 by skating icon and Olympic Gold Medallist Scott Hamilton, the Stars on Ice Tour originated in the United States. In 1991, Stars on Ice began to tour Canada and has now played nearly 300 shows in the past 25 years. Past tour performers include Kurt Browning, Jamie Salé & David Pelletier, Kristi Yamaguchi and Elvis Stojko. Investors Group Stars on Ice presented by Lindt is produced by IMG, the global leader in sports, fashion and media. For more information about the tour, visit www.starsonice.ca. Keep in touch with Investors Group Stars on Ice presented by Lindt on Facebook: www.facebook.com/starsonice Instagram: www.instagram.com/starsonice, and on Twitter: twitter.com/starsonice.

Disclosure: My family was provided tickets to this event.

My Top 6 Favourite Types of Hugs From The Kids

A Side I Never Knew I Had 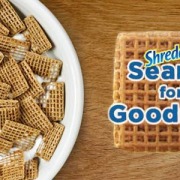 Nominate a Fellow Canadian & Join the Shreddies “Search for Goodness”!

Today Is Mental Health Awareness Day; And So Is Tomorrow; And The Next Day

Spring Is Finally Here! But So Is Something Else..
Scroll to top