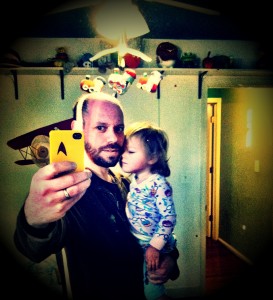 Oren has been writing at Blogger Father since the birth of his child in 2007. While his blog started out as a vessel for him to feature other blogging Dads, it is now a place where he shares his sometimes controversial but always interesting thoughts on fatherhood.

In fact, his blog is the reason that I am doing these Dad Blogs Exposed features. That’s right folks, I stole his idea and am now using it as my own! If you have a problem with that, you can take it up with [email protected] because it was his original idea and I can’t be blamed for stealing it!

Anyway, back to Oren. He is one of these guys that isn’t afraid to call it like he sees it when it comes to fatherhood issues and is someone I look up to in that regard. The other thing I like about him, is that he isn’t afraid to admit when he may have jumped the gun. You can see an example of that in his posts about the Amazon Moms Club and his subsequent retraction when he learned of the good deeds they were doing at Amazon. One of the best lessons my father taught me was humility and it’s something I live by.

As I previously mentioned, one of Oren’s main focuses are his features of other blogging fathers and he’s done a lot of them! You can catch his up to date list of featured Dads, Right Here. With Dad Blogging becoming a little more mainstream, I agree with Oren that it’s important to focus on spreading the good word of fatherhood through the sharing of different works. I’ve learned a lot of being a father through these blogs and have had some great discussions through social media about what it means to be a Dad.

You can also find Oren writing over at the fatherhood social media site, Life Of Dad. In fact, he has written one of the most popular posts in the site’s brief history, when he wrote about his adventures in turning his backyard from a jungle to a livable space… We’re still trying to figure out if the post got over 170 likes because people love lawn mowing or if it was due to this picture he posted, featuring Khal Drogo from Game of Thrones. This is an ongoing investigation! 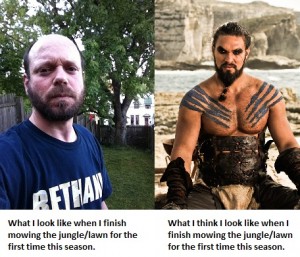 I encourage you now to go check out Oren’s site at Blogger Father. He is an excellent advocate for fatherhood and we’re lucky to have him in the blogging community! Alternatively, you can find him on Twitter @BloggerFather and also on his Facebook Page.

If you tell him I sent you, you’ll get 10% off your next purchase from the Fruit of the Month club! That’s actually not true, you’ll get nothing in return so please do not Google “Fruit of the Month Club” because I don’t even know if that’s a real thing. Just visit and say hi like you would anyone else and leave my name out of it so he doesn’t know I stole his bit.

That’s it for this week of Dad Blogs Exposed! For a complete list of all my featured Dads, you can click on this off coloured and possible underlined link right here!

He Shoots, He Scores! 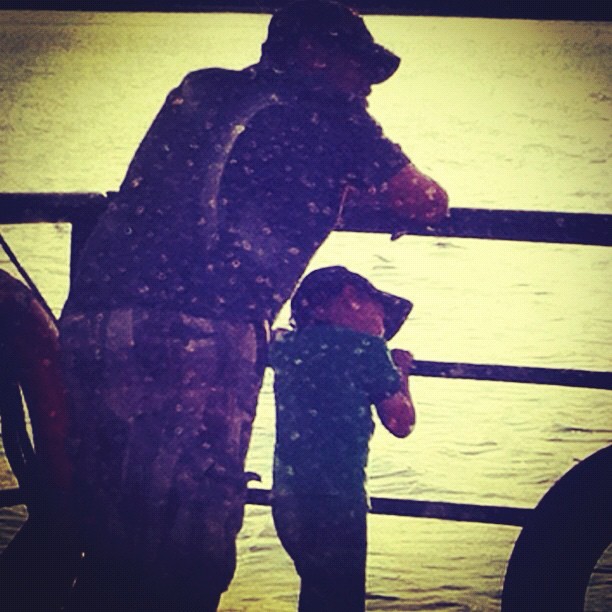 Movember Update And A Birthday Wish!

Raising Children Without A Father Of My Own